Eureka is a family-friendly city! From the oldest accredited zoo in California to a children’s museum and the best ice cream shop you’ll find anywhere, this is a place the whole family can explore.

From living history to the giant redwood slide in Sequoia Park, Eureka offers larger-than-life experiences, kid-friendly restaurants, and access to the natural world in a way they’ll never experience anywhere else.

The Redwood Sky Walk is a self-guided interpretive experience designed to educate, inspire, and delight visitors. Tucked away in Eureka’s beloved Sequoia Park, the Redwood Sky Walk offers a unique vantage point and a new way to experience the history, nature, wildlife, and diverse ecology of this very special region.

Located 100 feet above the lush and verdant forest floor, view the canopy and legendary old-growth and mature second-growth redwood trees closer than ever before. As the longest sky walk in the western United States, the Redwood Sky Walk is just under one-quarter of a mile to the end and back. The Redwood Sky Walk is a serene, highly accessible, and completely immersive experience that connects visitors to nature in an exciting and unexpected new way. 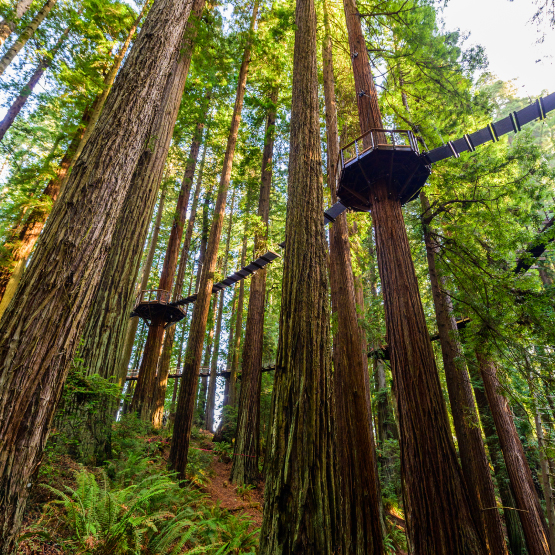 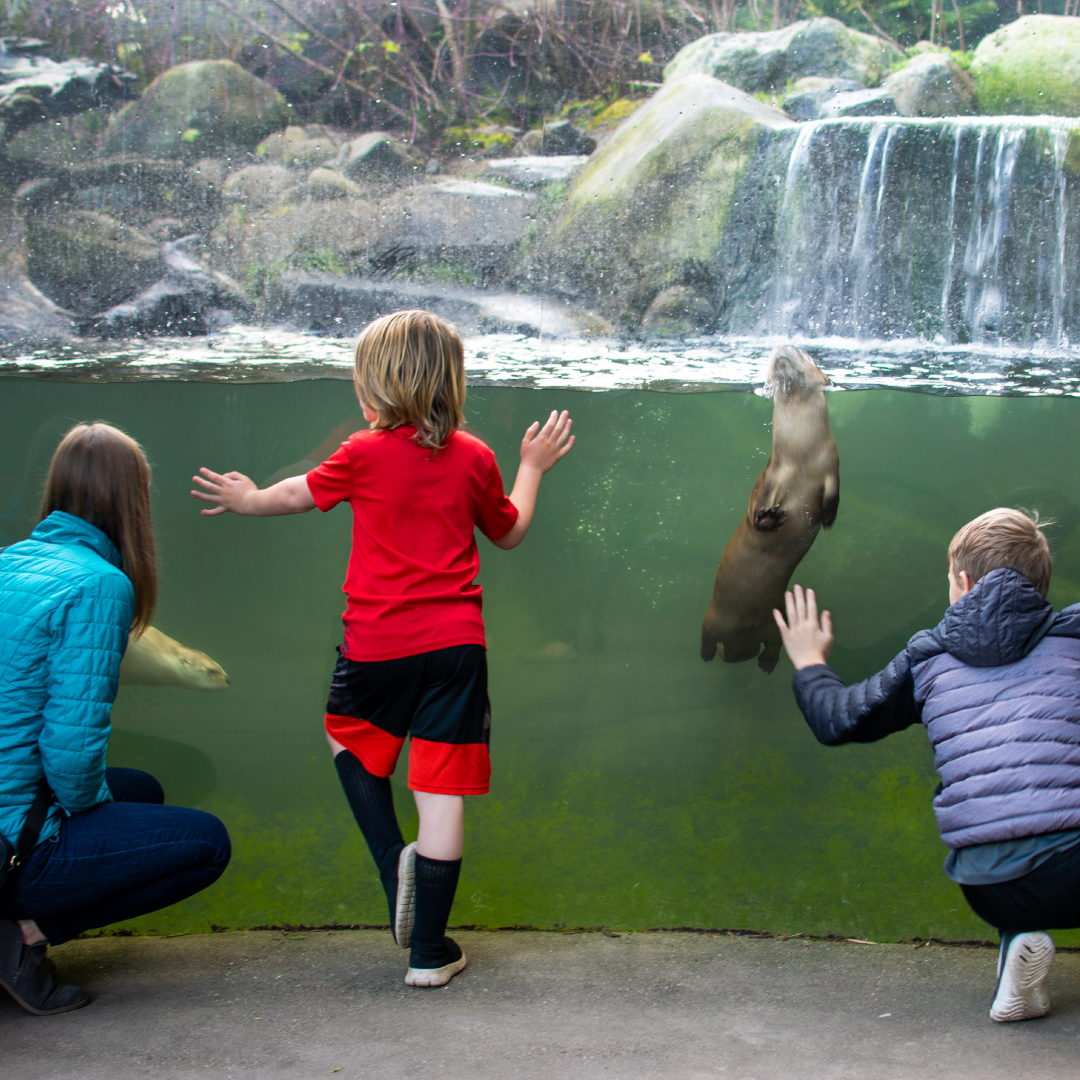 Established in 1907, the 60-acre Sequoia Park Zoo is the oldest zoo in California and one of the smallest accredited zoos in the country. Situated next to the magnificent old-growth redwoods of Sequoia Park, the zoo is truly a jewel in the heart of Eureka.

The entrance to the Redwood Sky Walk is through the Sequoia Park Zoo, so plan to spend several hours exploring as one ticket gets you into the trees and provides access to the 52 animal exhibits! The zoo is a major draw for tourists and locals, schools and families, students and researchers – anyone with an interest in animals, conservation, and education.

The playground at Sequoia Park has a wide array of equipment for children of all ages, a large grassy area, picnic tables, and wheelchair-accessible restrooms. After expending lots of energy at the playground, explore the redwood forest nestled within Eureka's city limits.  The park features walking and bicycle paths through the redwoods, a duck pond, and two small creeks. Sequoia Creek Trail is a paved, three-quarters of a mile wheelchair (and stroller) accessible trail heading west from the duck pond through the meadows. 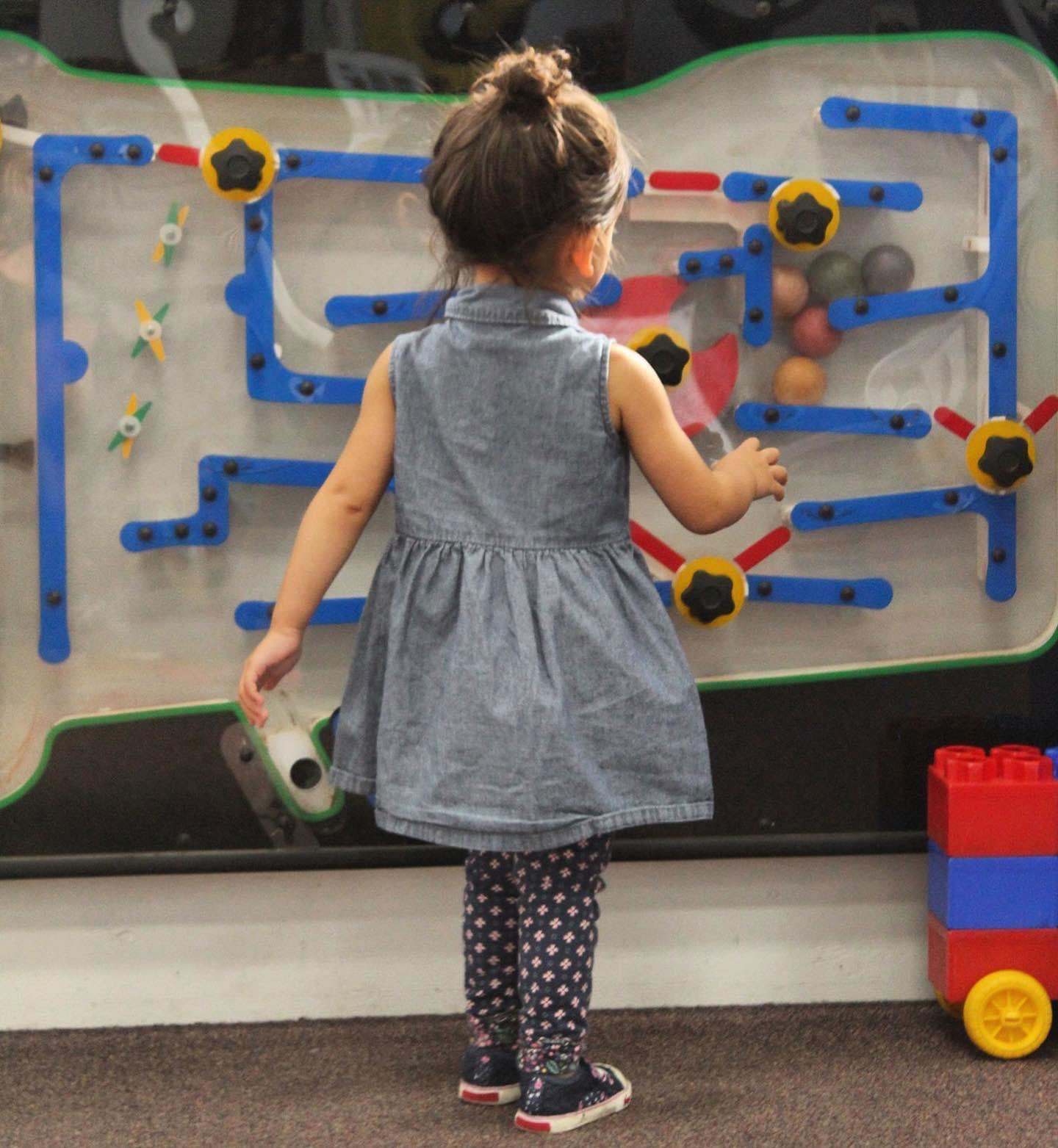 The museum offers Tuesday Playgroups for children 0-5 and their caregivers and Storytime on Wednesday mornings. They also offer drop-off programs for children 3-12 and day camps for children 4-10.  If you're in town for Arts Alive!, you can drop your kiddos off at the Discovery Museum while you stroll and sip through Eureka's Old Town.

Eric Hollenbeck, his family, and staff welcome you to the Blue Ox Millworks, where Victorian craftsmanship techniques of the 1800s are utilized to produce authentic custom, quality products for homes around the world. Their customers include two governors' mansions, national parks, historic cathedrals, and even former President Bill Clinton.

Visitors to the Blue Ox can watch antique woodworking machinery in operation, visit a skid camp, learn about traditional boat-building, and meet the blue oxen, Babe and Blue. You can take a self-guided tour or call in advance and have one of the crew show you around. 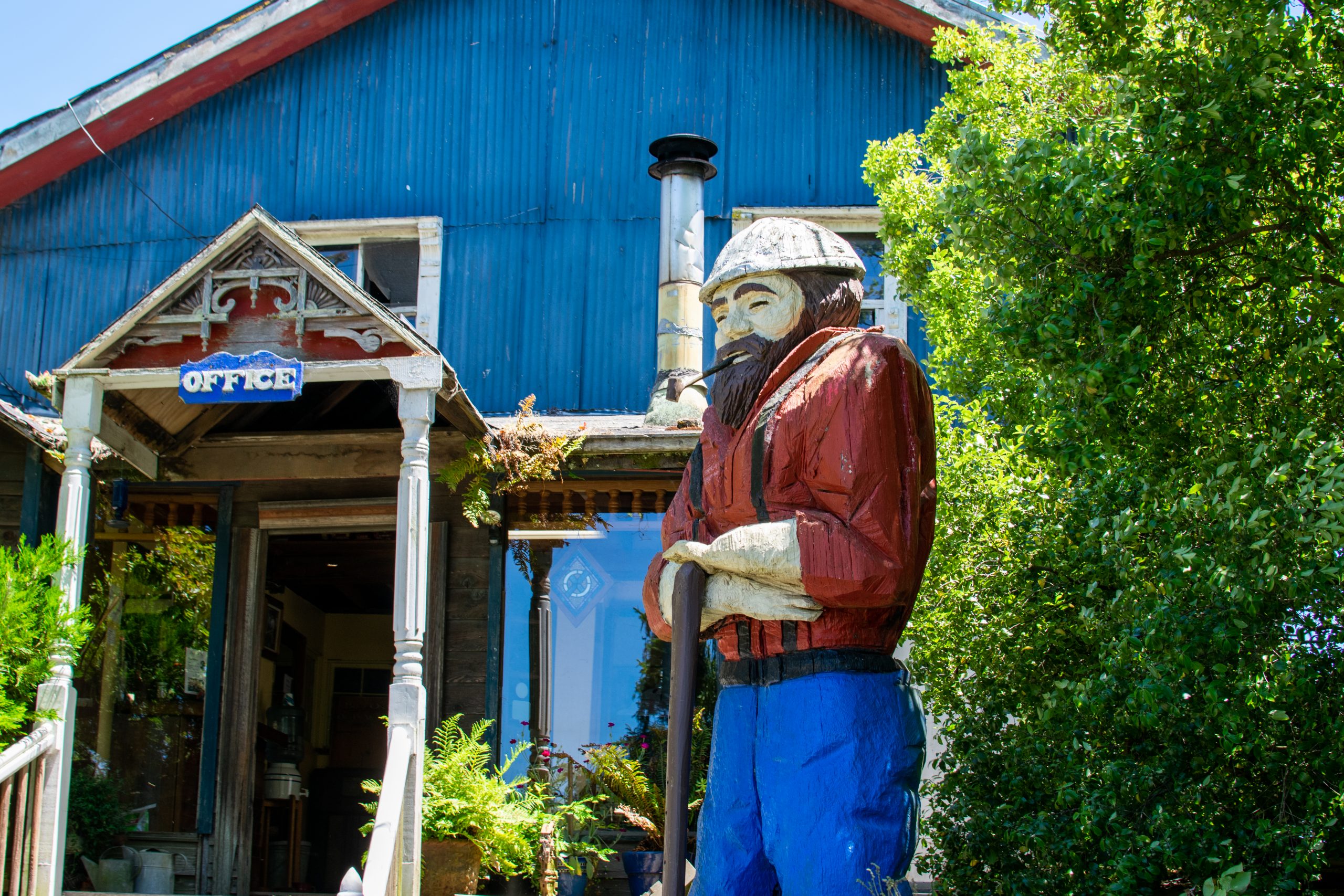 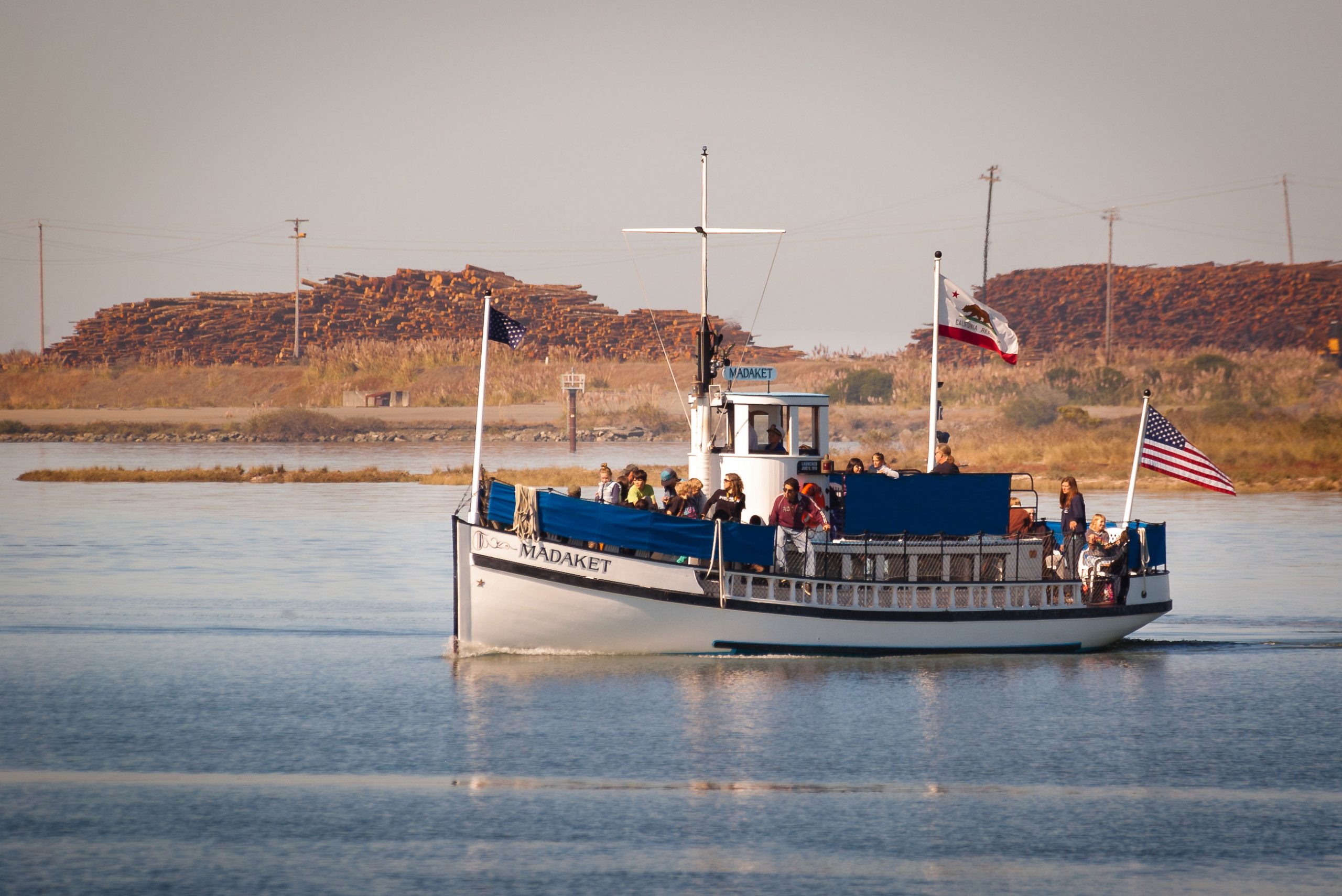 Madaket Cruise on the Humboldt Bay

Hop aboard for a cruise on the Madaket, the oldest passenger ferry in the United States! The one-hour cruise takes you along the Eureka Waterfront in Old Town. Your captain will share points of interest including the history of the timber and fishing industry in the Humboldt Bay, point out historic Victorian architecture and coastal wildlife (you might even see some harbor seals!), and share the region’s deep ties with Native American culture. Tickets can be booked online or at the foot of C Street in Old Town Eureka.

Henderson Center, located a quick seven-minute drive from Old Town and Downtown Eureka, is a family-friendly neighborhood filled with locally-owned restaurants and shops (take the kids to the Toy Box!)  Stop by for the farmer's market, held weekly on Thursdays from 10 a.m. - 1 p.m., to mingle with the locals and pick up Humboldt County grown eats.  Annual family-friendly community events like trick-or-treating and a meet-and-greet with Santa round out the friendly neighborhood's offerings. 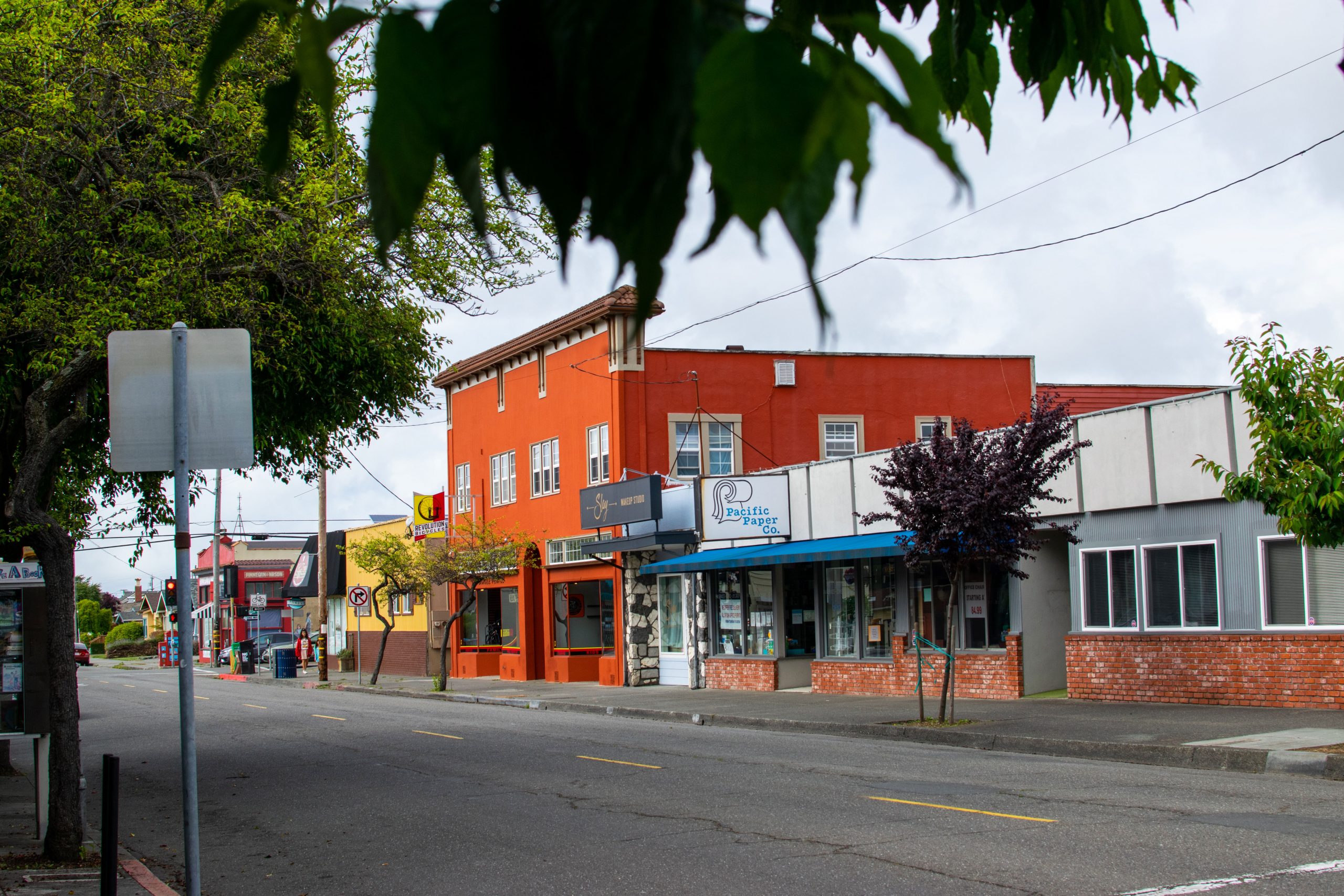 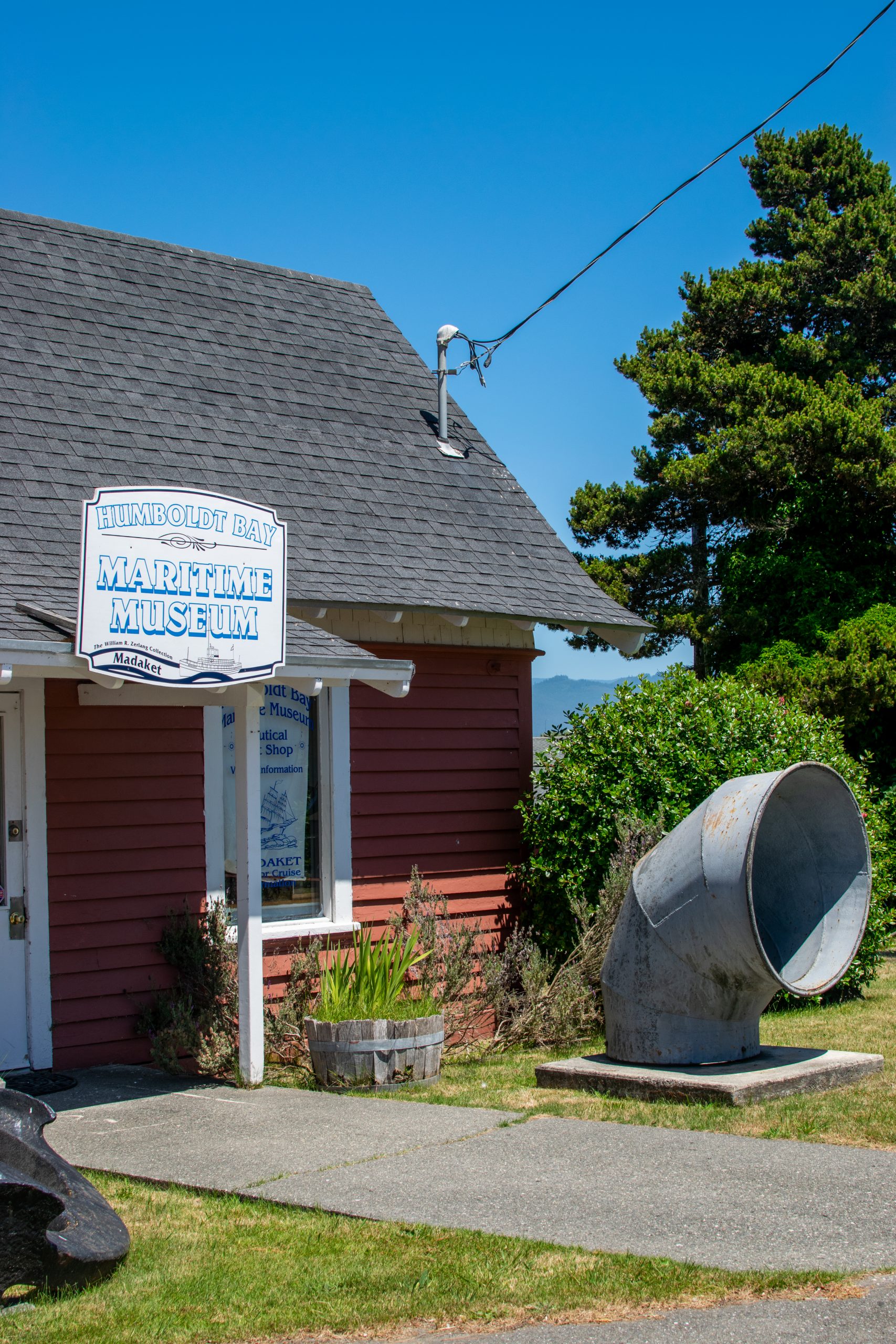 Looking for more maritime adventures off the water?  Visit the Humboldt Bay Maritime Museum, located west of Eureka on the Samoa peninsula.  View exhibits on shipwrecks, shipbuilding, lighthouses, and ferries.  The entire Humboldt County region is steeped in a rich seafaring history, and the Maritime Museum offers the chance to learn about it up close.  Afterward, grab a hearty breakfast, lunch, or dinner in the style of the mill-workers of days past at the all-you-can-eat Samoa Cookhouse next door.  To end the day, take a stroll at the Ma-le'l Dunes to burn off your big meal.

The Humboldt County Library has story hours for preschool children along with many other free programs including crafts, puppets, music, guest performers, and more. There’s a dedicated Children’s Services Desk, a Children’s Room, a family restroom, a parenting corner, Friday storytime, and special events such as the Children’s Author Festival.

Located adjacent to the library, the half-acre Clara May Berry Park features a nautical-themed playground and a grassy picnic area. The Tot Lot features a large “ship” surrounded by a blue rubber mat of “ocean”. A sand-filled play area has a giant starfish and sea urchins for kids to enjoy. 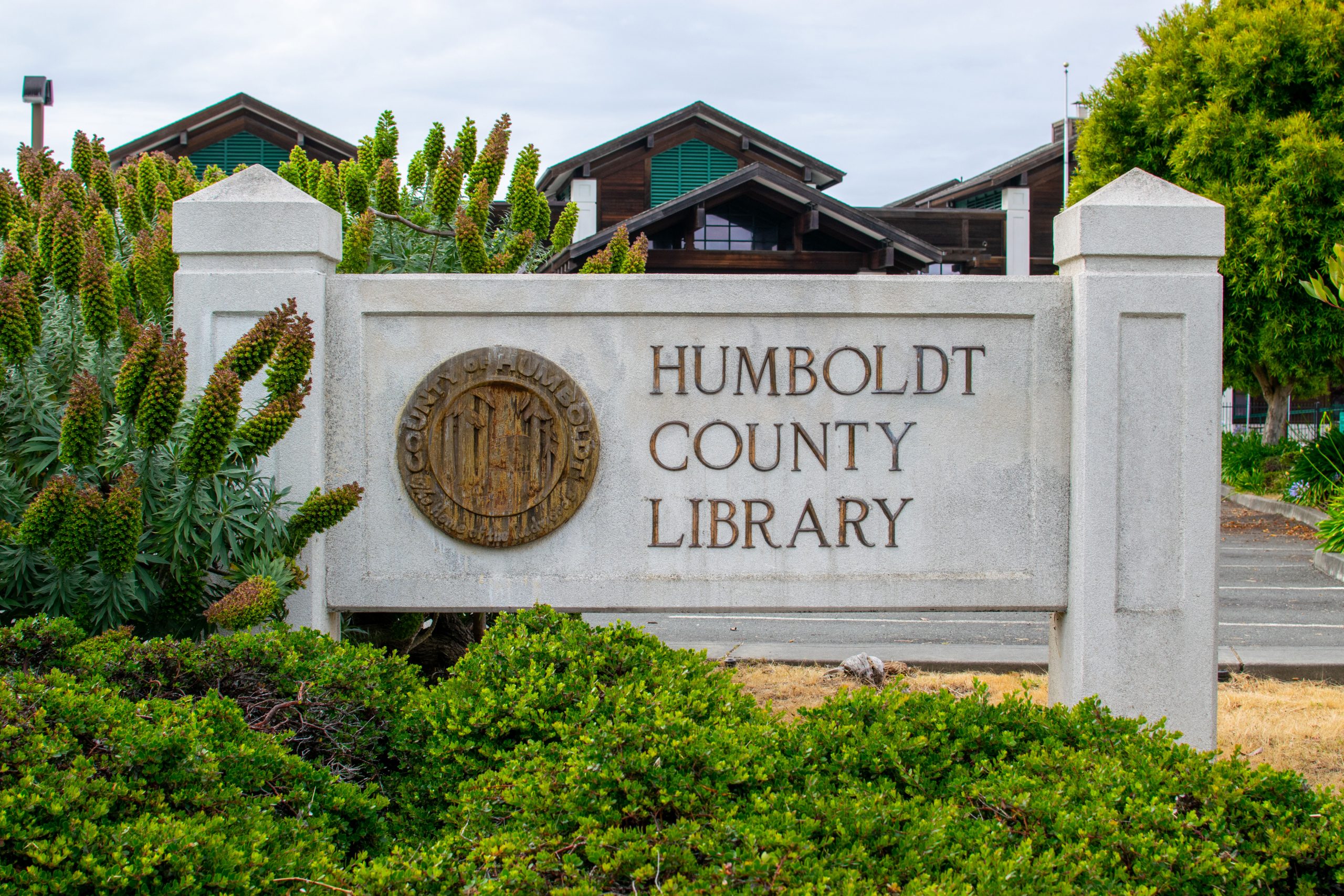 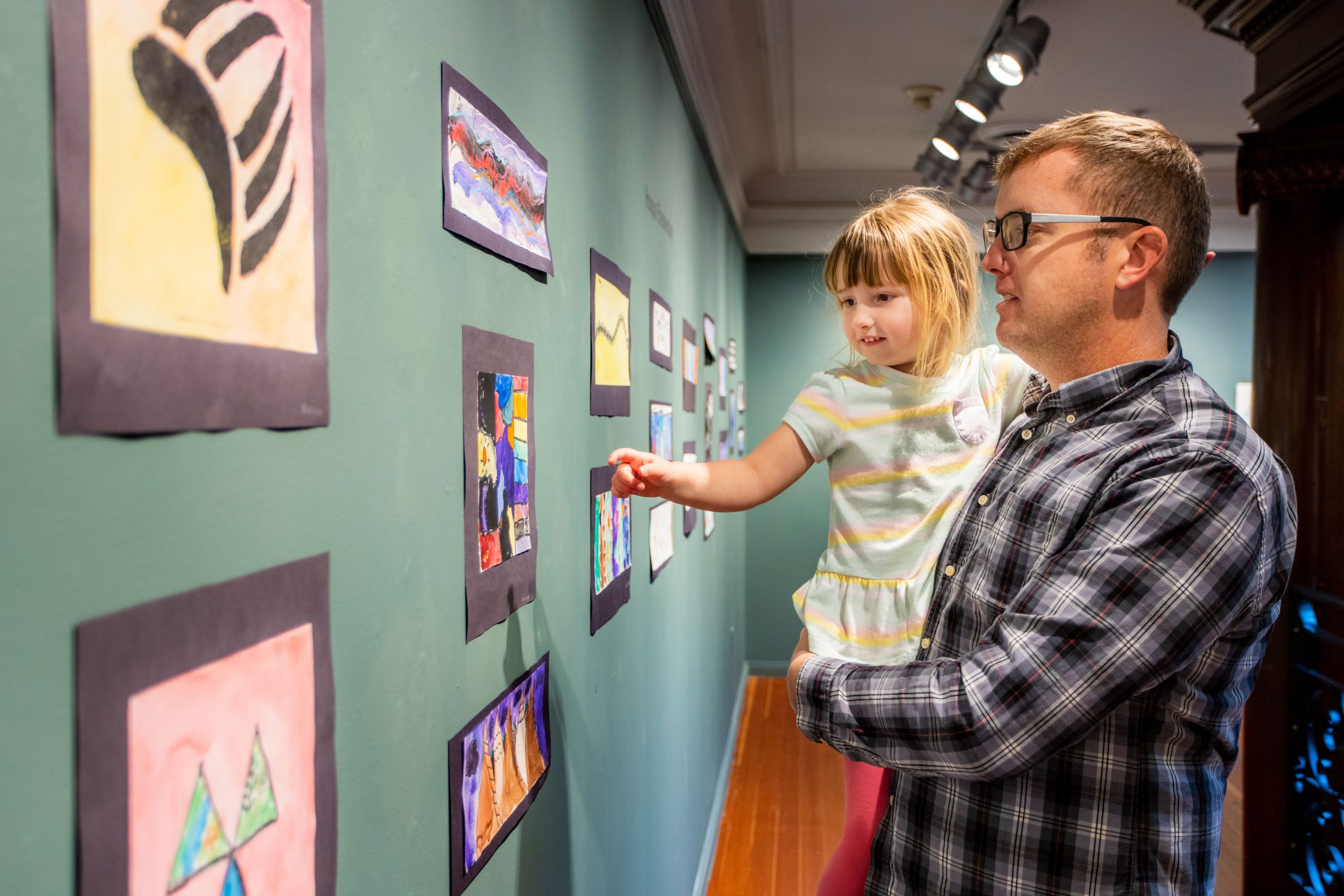 The Morris Graves Museum of Art offers programs for families and kids alike.

Mini Masters, offered on the first Saturday each month from noon to 2 p.m., is a free monthly workshop that includes storytime, early literacy games, art activities, and a free book.

On the second Saturday of each month from 2 p.m. to 4 p.m., the Family Arts Day offers hands-on art projects and activities inspired by current exhibitions designed for families and kids aged 5-12.  Come explore the museum and get creative with hands-on art projects designed for families to create together.  Art educators will welcome children and families to the museum to interpret and appreciate the arts through hands-on learning.

The Clarke Historical Museum, located in the historic Bank of Eureka building in Old Town (also the location of the Eureka Visitor Center!) is Humboldt County’s largest museum. The Native American collection is a living museum that works closely with the area’s local tribes and is considered among the country’s largest and best. Through period rooms and ever-changing exhibits, learn about the area’s layered past. Downloadable scavenger hunts and coloring books are available on the museum’s website. 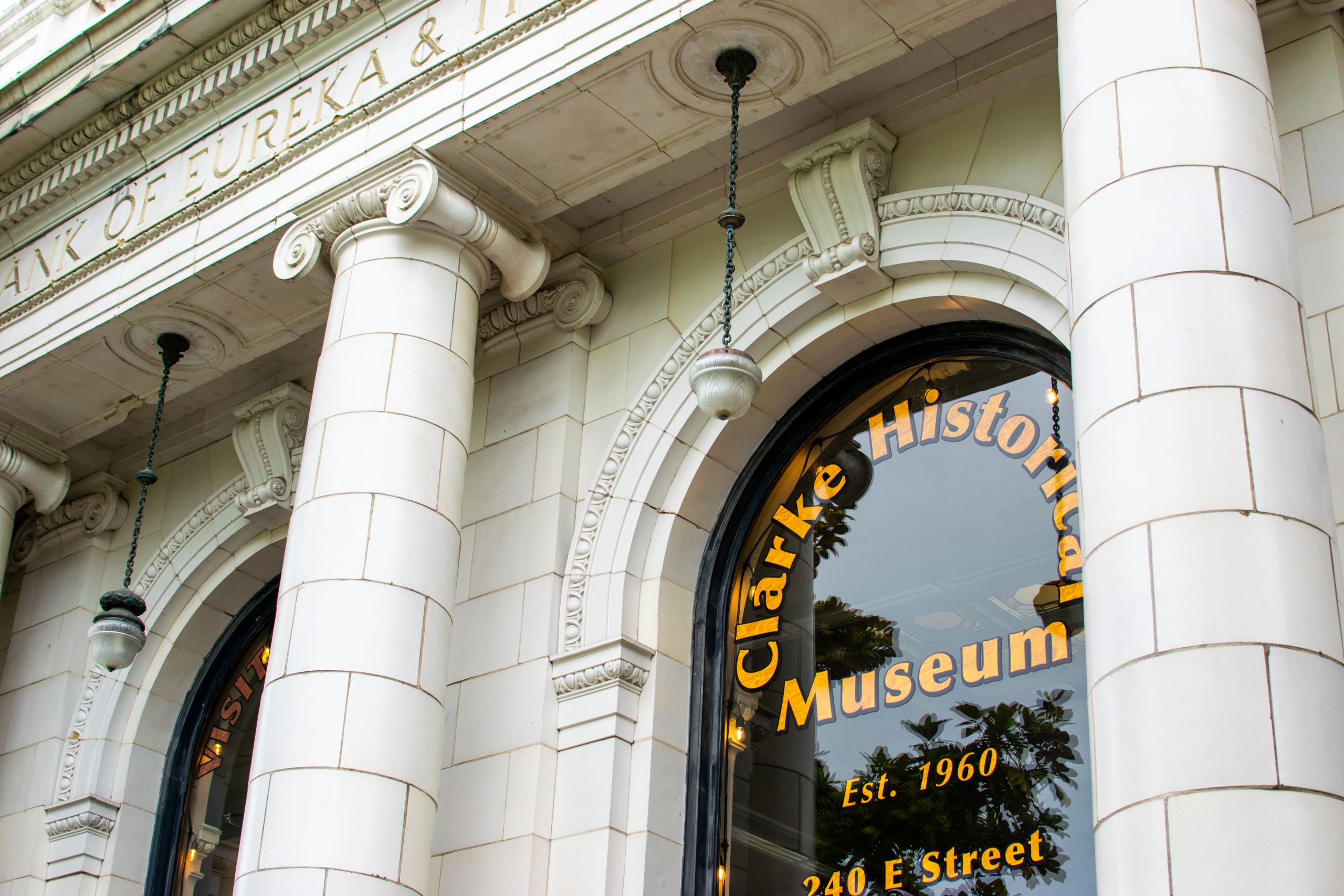 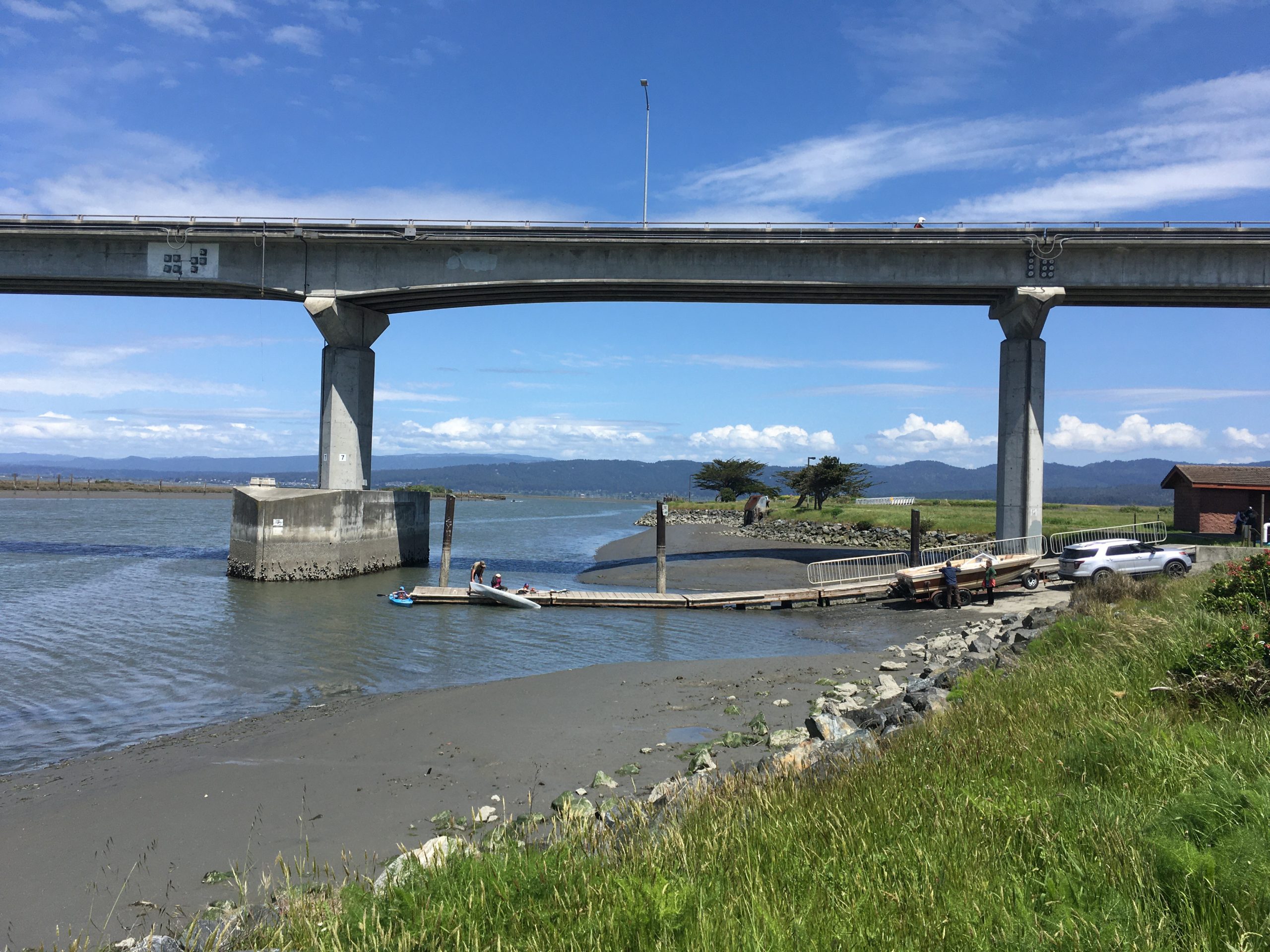 Located on the beautiful Eureka waterfront across from Woodley Island Marina, the Humboldt Bay Aquatic Center is dedicated to providing aquatic boating recreation and education for the local community. The Aquatic Center offers aquatic rentals that include a brief paddling and safety orientation, personal flotation device, wetsuit, splash jacket, paddle, and the watercraft.

During Family Fun on the Bay, bring the whole family for a paddling excursion along the Eureka waterfront. Choose kayaks, canoes, or stand up paddleboards. Staff provide a safety talk and instruction to the boats, then you're ready to cast off into Humboldt Bay!

3431 Fort Ave, Eureka, CA 95503 | (707) 445-6547
By 1853, White settlers outnumbered the Wiyot people, and Fort Humboldt was established by the U.S. Army to assist in conflict resolution between Native Americans and gold-seekers.
That conflict was not resolved peacefully, and in 1860, the majority of the Wiyot tribe was tragically murdered by local businessmen in what became known as the "Wiyot Massacre."
Today, in south Eureka, displays at Fort Humboldt State Historic Park interpret the former U.S. Army fort, which was staffed from 1853–1870, and offer an up-close look at remaining and reconstructed buildings from that era.
The park also includes a Logging Museum and open-air displays of historic steam-powered 19th-mid 20th-century logging equipment, two steam-powered locomotives, and offers a favorite local picnic spot on a grassy bluff overlooking the Humboldt Bay. 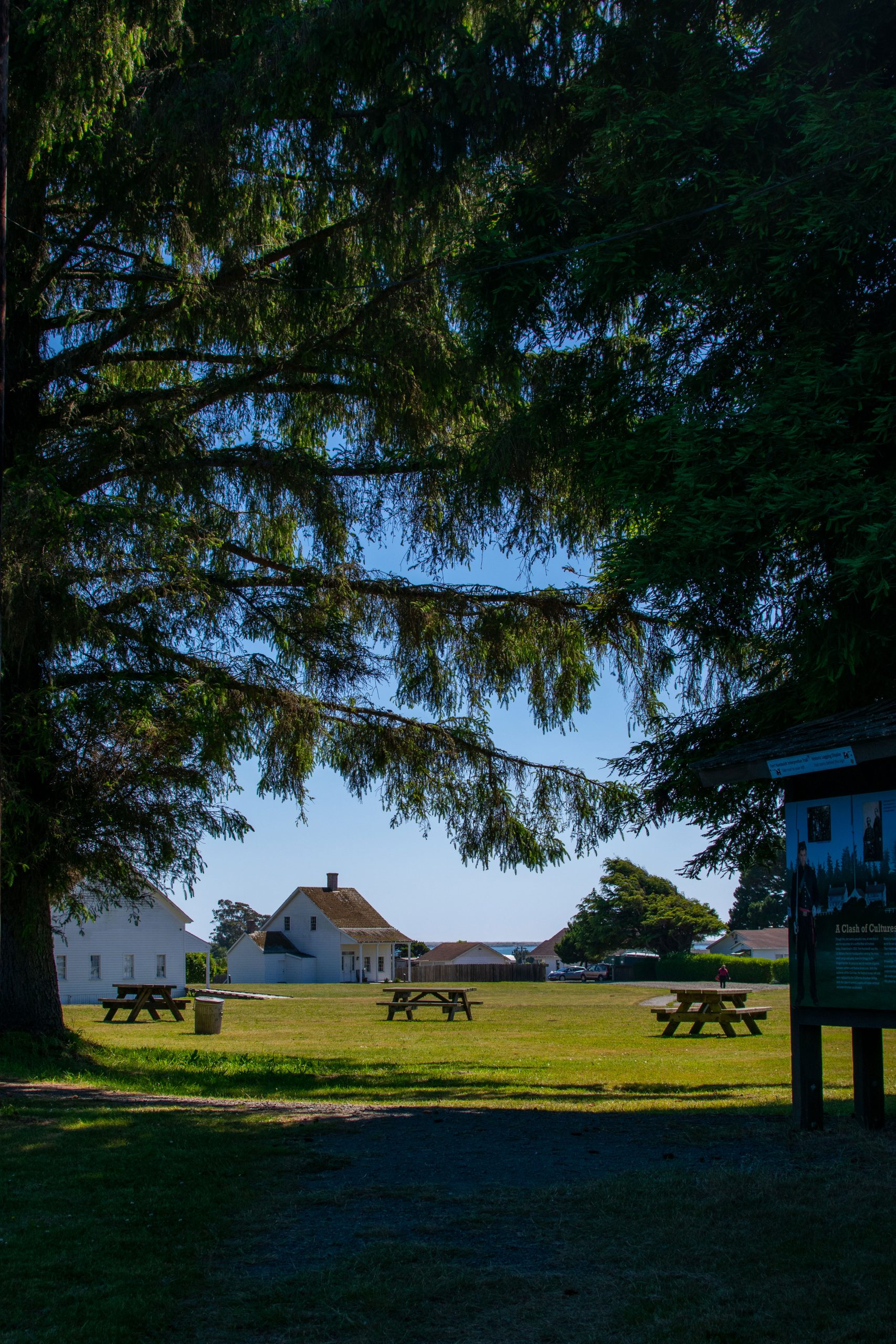